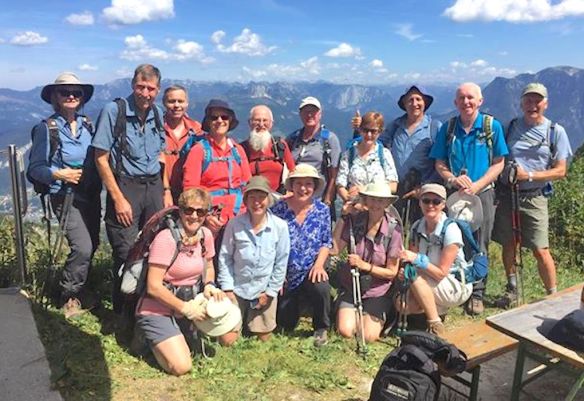 Instead of being the likely location of the next ‘3 Amigos’ movie, these towns in the spectacular Salzkammergut were destined to stage an outdoors epic, ‘Albert’s Austrian Alpen Adventure’.

The cast of 15 intrepid walkers from Adelaide responded to the call to the Lakes and assembled at the Gasthof Sandwirt in early August for instructions from the Director.

It wasn’t long before we realised why we had set off from an Adelaide winter. We encountered rugged and spectacular mountain scenery, clear blue skies (on almost every day), lakes ranging in colour from pale blue to turquoise and the distant glimpse of the icy Dachstein Glacier (2,995 m). Surely Albert wouldn’t make us go up there!

On our first day the local guide promised us a ‘flat’ walk to the Katrin chairlift and a gentle ascent to the heights above Bad Ischl for a preview of the upcoming scenes. She was obviously not as adventurous as us and couldn’t have expected the rewarding 2-hour scramble that we then undertook. 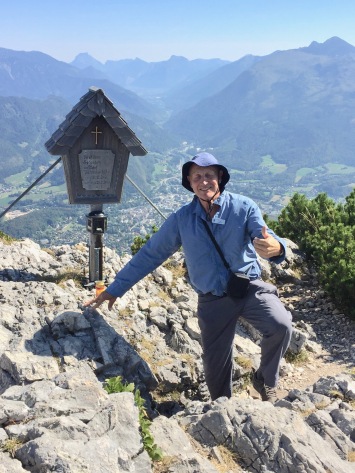 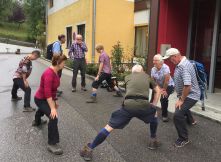 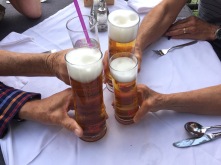 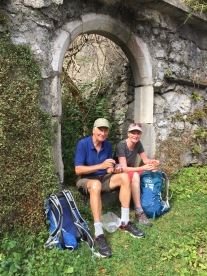 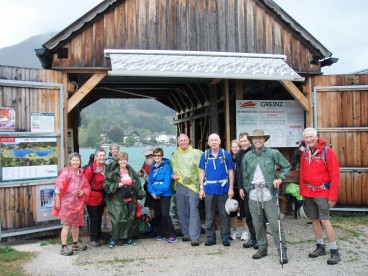 That audition was followed by our first casting conference: “do we continue on another shorter circuit or ‘go back down’”. In a reassuring exercise in democracy, most of us got to take the next chairlift down, while a few actors remained atop to continue their exploration.

In the following days, between walks around lakes and up a few mountains, we were immersed in ‘chocolate-box’ scenery. The dry summer had left its mark with the tinge of yellow and brown already showing on the slopes. Together with the striking red and white colours of Austrian trains and the gentle wake left by ferries zig zagging from wharf to village, our eyes weren’t always directed at the yellow direction signs. Fortunately, we had Albert and several fluent German linguists in the group to keep us on track.

With such scenery there was always the contest between the temptation of lingering to enjoy the forest and lakes and the magnetic pull of the next coffee house where we could smell the beans and inspect the pastries.

Tackling the big climb above Bad Goisern in Act 5 saw the cast performing as a real team. This was a highlight for all of us. At 22 kms it was our longest walk and included an ascent of over 1,000m.

Our rewards near the summit at Goiserer Hutte (1,687 m) included apfelstrudel, apple juice, beer and a great sense of elation and achievement. What a fantastic day we had, knowing that we all helped each other along the way. 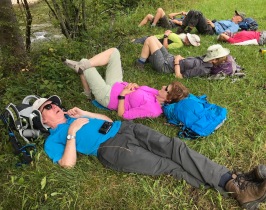 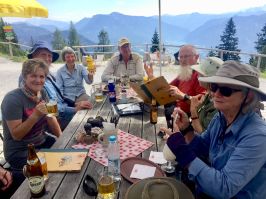 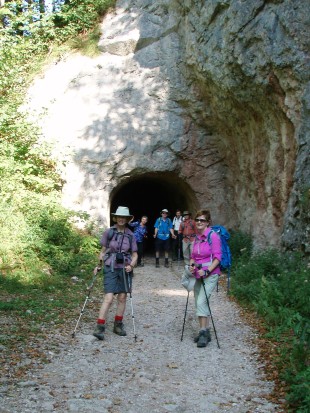 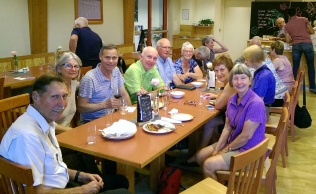 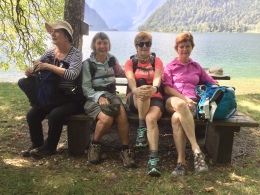 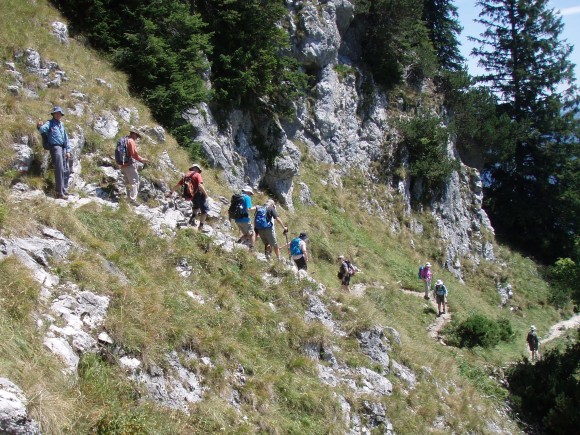 A sample of other highlights from individual cast members are recorded as follows:

These all generated genuine excitement at the dinner table as people shared their experiences.

What an adventure: great company, great camaraderie, great views, great leadership, great breakfasts and a great achievement by all!