Twenty-four club members undertook to walk the Great South West Walk in 14 walking days during March. The GSSW is a 250 km loop running west from Portland along coastal cliffs and beaches 130 Km to Nelson and returning, by a slightly shorter inland route, to Portland following the Glenelg River through native forests for much of the way.

Each day walkers departed the caravan park at 8:30 to walk an average of 18 km, usually finishing early in the afternoon. To minimise travel the western half of the track was completed while based in Nelson before moving to Portland to complete the eastern half.

The social activities of the camp started with a shared Bar-B-Q in Nelson on the first night and finished with a Dinner in Portland on the last night, in between there was a happy hour each evening when the days adventures were relived and the next day planned.

The weather was ideal for walking, and most of the forecast rain either happened overnight or did not eventuate, the cooler conditions helping to keep the expected snakes away. 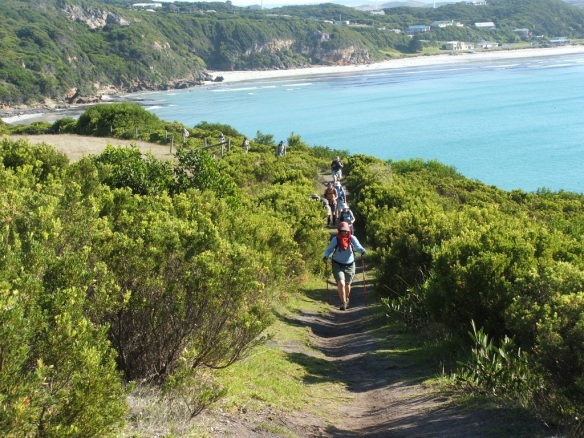 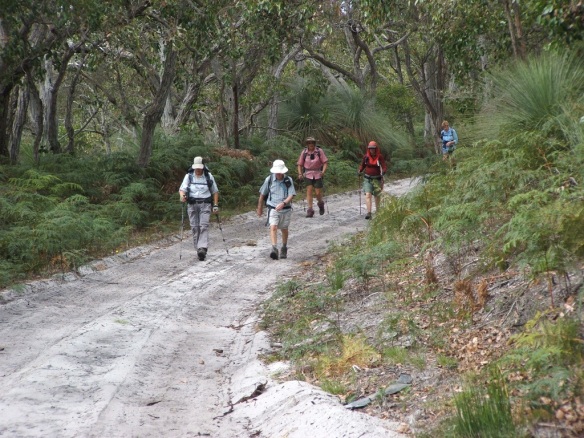 A break from Beach walking 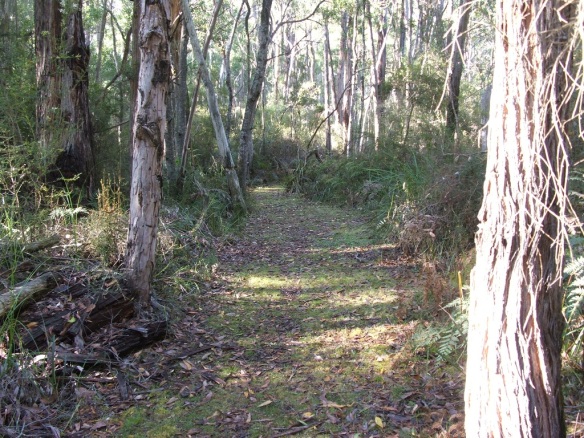 Close to the Glenelg River 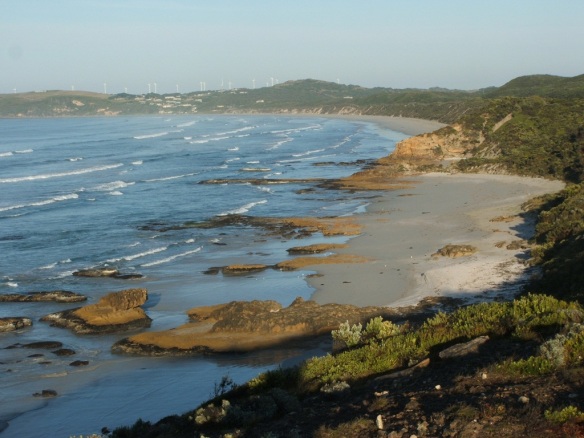 One of several Wind Farms in the area